Practical Precision Rifle Matches are a fast paced long range shooting competition that will test your rifle marksmanship as you manage various barricades and obstacles to engage targets from 100 - 600 yards.  Matches are divided up into 10 stages were you will engage steel targets from different supported and unsupported positions as well as managing various barricades for support.  Target sizes are designed to be challenging.  Target distances are usually known so shooters should have a good DOPE out to 600 yards.

Matches are held every SECOND SATURDAY of the month APRIL through OCTOBER.  Excluding SEPTEMBER due to the ASC Zombie Shoot on September 14th.  Registration opens up at 8am.  Mandatory safety brief at 8:30 am.  Matches start at 9am.  Matches typically take 3 - 4 hours to complete.  Any time left over we tend to use as a free shot or we will hold a bonus match.

BRING 100 ROUNDS TO EACH MATCH

Shooters should bring a scoped rifle, bipod, ammo and good DOPE.  Shooters can also use support bags and slings but are not required.  Certain stages may limit the use of support bags and props.

Shoot what you bring

You must compete in all stages with the same rifle

Each target impact is worth 1 point with the exception of KYL racks.  The shooter with the highest point total at the end of each match will be declared the match winner.  The winner of the match will always receive 100 points and the last place finisher will always receive roughly 50 points.  All remaining field shooters will receive points based on their finish place and match factor.

$10 ASC members: $20 for non-ASC members.  ASC MEMBERS ARE REQUIRED TO PRESENT THEIR MEMBERSHIP BADGE DURING REGISTRATION OR BE FORCED TO PAY AN ADDITIONAL $10.

This year The ASC PPR Team is once again proud to be affiliated with the Border Wars Series to provide a regional competition for Midwest shooters. This series was developed by Jim See, a highly-rated PRS shooter in Iowa. This year the series has partnered with the National Rifle League to provide shooters with the best competition and match support.  Shooters looking to participate in the Border Wars Series will need to preregister on the National Rifle League page (https://nationalrifleleague.org/product-category/memberships/).  Registration is $50 for the year.  Members will have access to preregister for series matches before they are open to the general public.  ASC will be hosting two matches during the 2019 Season.  Match fee will be $50 ea for these matches.  There will be a very generous prize table from industry sponsors at the season finale. Every Border Wars Series match will have a generous prize table as well with a trophy awarded to the Top Shooters. A portion of every prize table items will also be raffled off via random draw so every shooter has a chance to win at every match. More information about the Border Wars Series can be found on the webpage: http://bwrifle.com/  & https://nationalrifleleague.org/

ASC will be hosting two Border Wars Matches this year.

Shooter scores from the two Border Wars matches at ASC will also be included in the ASC PPR Season Points Race as well.

Shooters who want to participate in the ASC Border Wars Matches but are not registered Border Wars Shooters will have an opportunity to fill the un-used registrations once the Border Wars Match Registration has closed.  The remaining slots will be limited and granted on a first come first serve basis.

The ASC PPR team is also pleased to announce its partnership with the Precision Rifle Series Club Series (PRS Club Series) in 2019.  Similar to the Border War Series registered shooters will have access to a series of 1 day club matches hosted at various clubs in the Midwest region.  Shooters will be scored against other shooters in the region with the top shooters being invited to a finale match.  Registration is $40 for the year.  More information about the series can be found here: https://www.precisionrifleseries.com/profiles/clubs/MW

How can I contact the organizer with any questions?

Email: This email address is being protected from spambots. You need JavaScript enabled to view it. 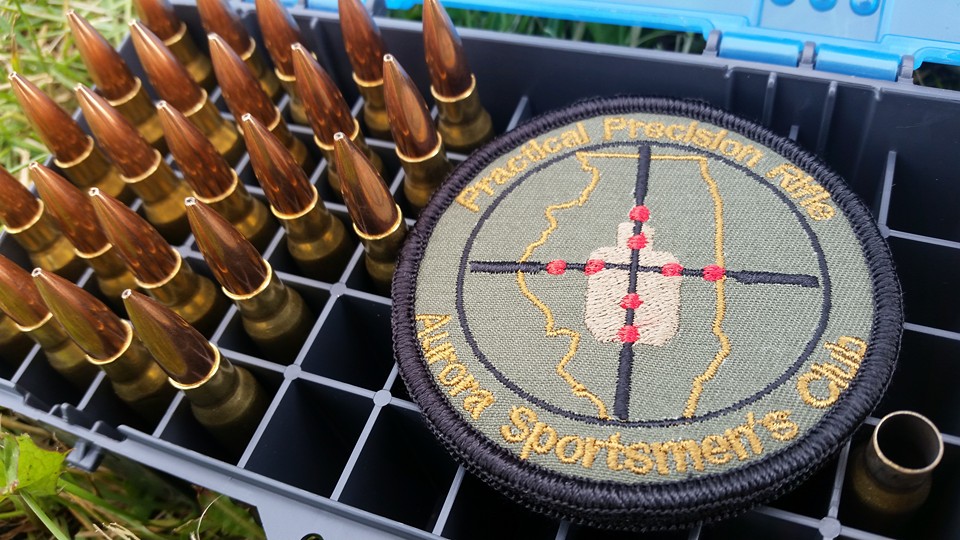